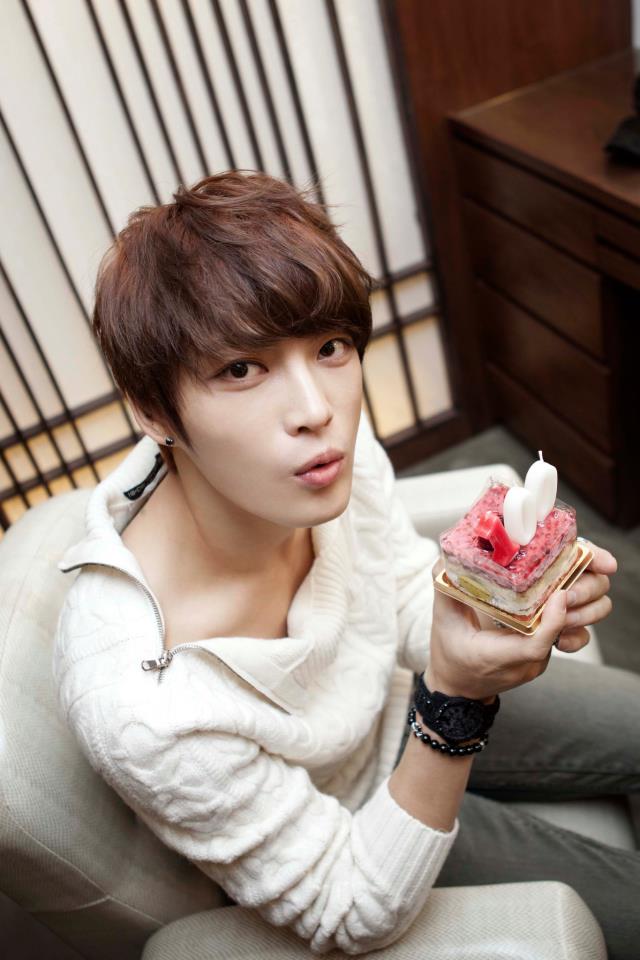 Kim Jae Joong opened up his studio to show how he works.

On October 10, the singer tweeted, “I′ve been writing a song, but I can′t seem to continue because ofGangnam Style. I inserted the melody for Gangnam Style in the guide for fun, but I can′t take it out.”

He then added, “I′m working with Flowsik! And now I′ve got 1 million followers!” and attached a photo of himself working in his studio.
Kim Jae Joong has continuously showed off his skills as a singer/songwriter, writing lyrics and songs since his TVXQ (DBSK) days. He wrote the lyrics for the tracks in JYJ′s albums and his OST pieces for his dramas Protect the Boss and Dr. Jin. He also recently presented his fellow member Kim Junsu with his self-composed piece No Gain.
Netizens who saw the photo commented, “Is the work for your film The Jackal is Coming? Or for JYJ′s second album?” “So this is where all those beautiful melodies come from,” “I′m looking forward to it” and “So Kim Jae Joong has been taken by Gangnam Style too.”
Kim Jae Joong appeared at the red carpet event for the 17th Busan International Film Festival held on October 4 as the lead of The Jackal is Coming.

[TRANS] Working with our Flowsik! But it’s one million!
(T/N: He means that he’s working now but he still want to go online because he got 1 million followers)

Coffee Cojjee are selling those teapot for 35,000 Wons!! 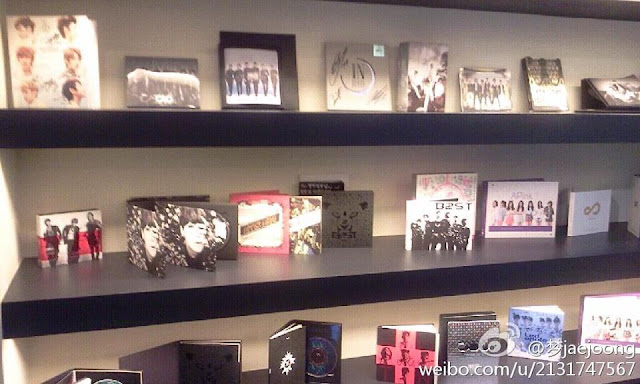 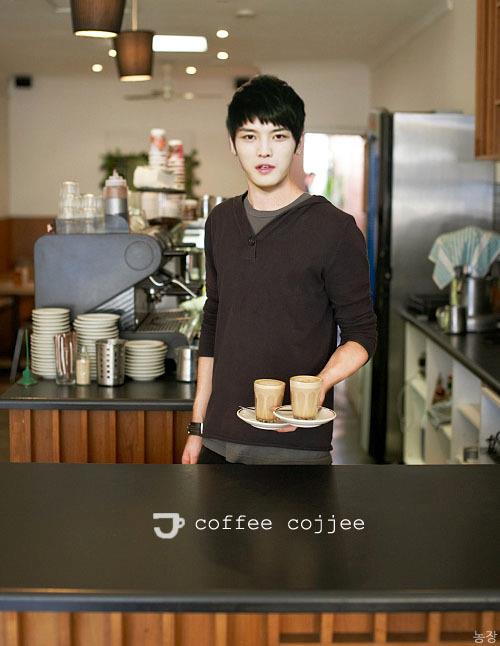 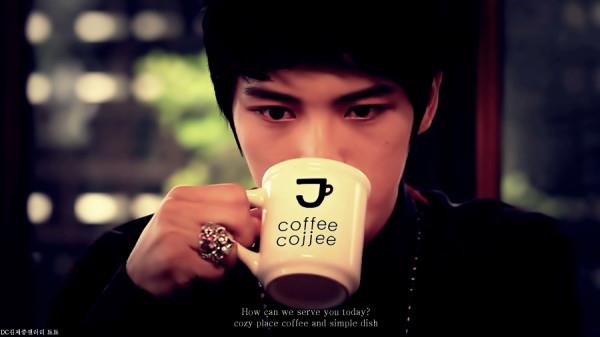 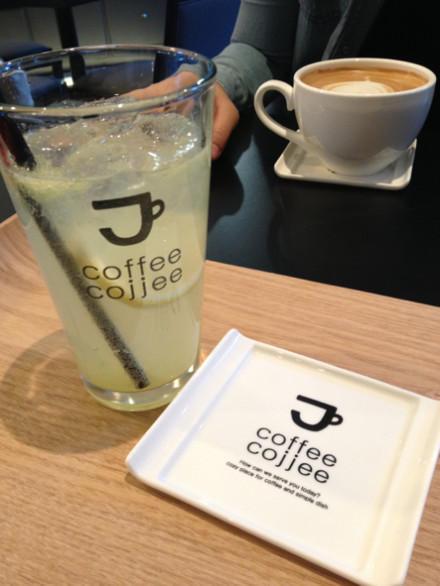 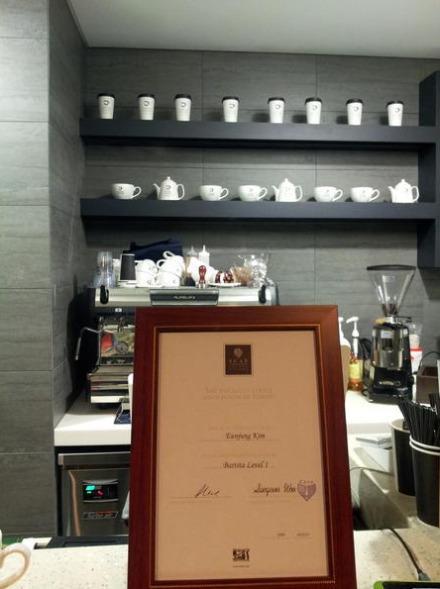 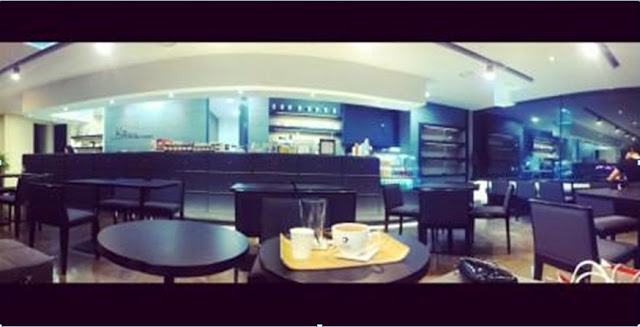 Inside of Coffee Cojjee~
(cr. doctor126) 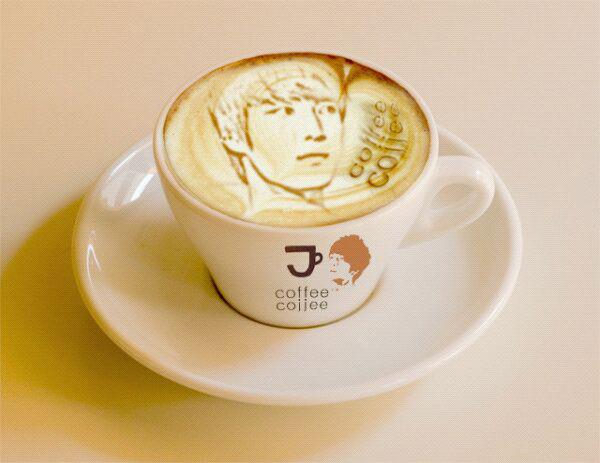 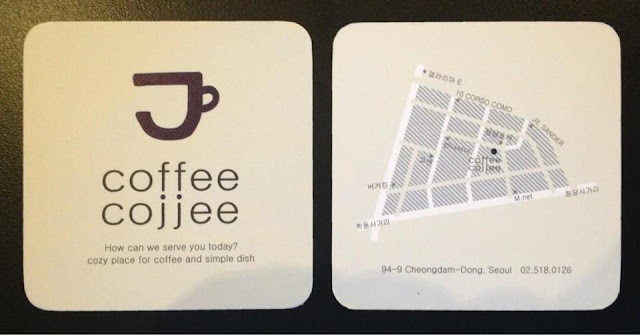 코지 is an abbreviation for elephant & Jiji in Korean! ^^
Also, bringing the meaning of 'cozy' when you pronounced it! Such a thoughtful name ^-^ 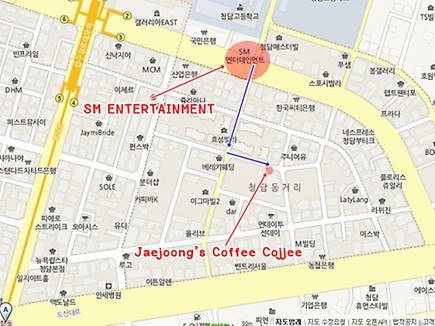 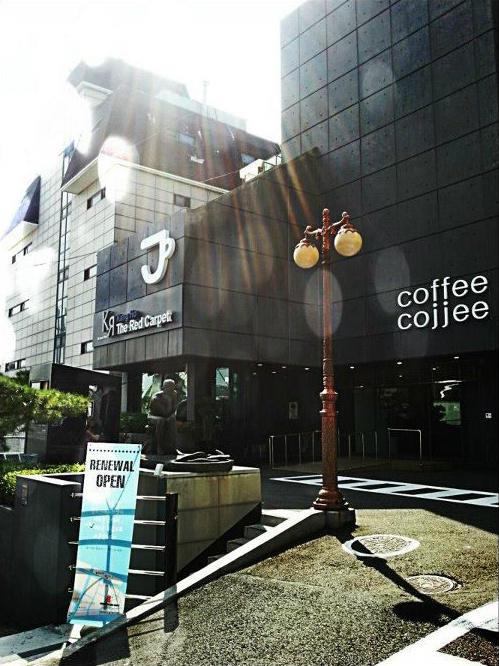 JYJ Kim Jaejoong’s followers on twitter has exceeded 1 million.
On Oct 10, congratulatory messages have come one after the other with the hashtag #Jaejoong1Million, making it a hot topic with the hashtag making it on worldwide twitter trends. Fans around the world participated, showing Kim Jaejoong’s boundless power.
Kim Jaejoong is a star famous for using SNS as a way to communicate to his fans by tweeting behind the scene photos as well as reveal his and other members’ stories. Being active in SNS, his number of followers has increased steadily, not only in Korea, but also fans from different countries, so they can learn the latest news from him directly.
On the other hand, Kim Jaejoong will star in his first movie “Jackal is coming”.
Credit: Nate
Translated by @rubypurple_fan

[TRANS] I was about to write a song but I can’t because of Gangnam Style.. As I added Gangnam Style’s melody to the guide for fun, I can’t get over it.. ㅜ haha Me really..

[TRANS] I want to meet everyone! It’s okay if my head turns silly, so long as my heart does not become silly. My head/brain is used for calculating numbers, and my heart counts the depth of thoughts (i.e. for thinking/reminiscing.) Therefore i will not forget. (T.T)

[TRANS] And my feet is going ‘dong dong gu reu gi’, ikki obuki? I miss you! (t/n:I have no idea what’s ikki obuki)
(Note: ikki obuki may be ‘yes or no’ from Korean ‘ikki opki’ via @raiterie)
Ikki Opki is from Gag Concert (via @ChunYna)

[TRANS] Hello, director~ ^^ For “Meeting when the waiting ends.*” Heh.
(alternatively, the Korean Movie “A moment to remember” )
In reply to
John H. Lee to Jaejoong [TRANS] Nice to meet you~~ Jaejoong^^

John H. Lee to Jaejoong [TRANS] Reading those words, there’s something faintly nostalgic.. A present for our Jaejoong who is immersed in composing in solitude at night^^.. A nostalgic song by Kim Tae Won.

following the news of jaejoong's younger sister debut as an actress many kfans were outraged and bashed jaejong's biological mum saying she was using jaejoong's name to gain fame. some fans even cursed her to die. jaejoong's non biological older sisters also posted angry rants on her twitter that seems to be related with it. jaejoong were upset about the news.poor jaejoong he is stuck in between his two families. jaejoong's bio mum seems to care about her daughter only and mention his son only when she needs him. but jaejoong younger sister is a victim too, her movie casting got cancelled. his mum deleted her twitter account after all the bashingshere is the twitter trans

My friend saved her tweets and asked me to translate. Please bear in mind my korean is not very good. Suyoung deleted her tweets

I’m angry..again..why.. from yesterday noon…I received text messages from jaejoong… I was an idiot… jaejoong-ah..I’m sorry.. noona didn’t know.. you must be having a really hard time.. I’m sorry.. let’s cheer up..like what we have said..okay? I love you..

@ Shie486 other people in the world do not have the same thoughts as us~~that is~~how it is~~ making someone anxious using a person weakness~ you know right, this is not the first time it happened… many people thinks its easy when its not the money they have earned and there are a lot of people trying to use a weak person~let’s not bother about this~ ^^ let’s smile!

@ mk_taiji this is why…I’m so angry.. why..why do they use someone who works hard….why use someone weakness….what is money really ?!!?! I hate this very much…. money! money! money! money! I really hate it.. why..you only want to satisfy your own greed ?!!? You should think of the other person too..seriously..I’m really angry.. its crazy… @jy2860 : regarding the movie, she was cancelled from acting in the movie because of this news. from the beginning we did not thought of using anybody name to get fame. Because of this maknae(jae sis) became an innocent victim, first time getting hurt like this, she cried for a very long time

@jy2860 : as a person who do social services, I’m not a person who enjoys using money which are not hard earned ones. when the news came out on 2006, I couldn’t forget how I was bashed by the whole korean netizen. No matter how hard I did my social services work, my bad name forever won’t be cleared

@jy2860 : I can understand the news of maknae entering the entertainment circle makes everyone worried about their beloved artist. I will delete my twitter account like how everyone wished. If writing stuff with the heart of a mother will cause problem, if I can’t even have the freedom of speech to write stuff about my children, I will still delete it even though I’m very upset

@jy2860 : Although people asked me to die, I still have my own children, I still need to do my job as a mother, this is why its very hard to fulfill those people wishes. I will still continue live my own life strongly. People who loves my good looking son, I’m grateful about it. I will delete my twitter in 24 hours time.

@jy2860 : People misunderstood the news of us having dinner with KBS director, this has nothing to do with maknae, its because of my job that we met. Because of twitter word limit, different people perspective have cause this misunderstand. I hope everyone don’t misunderstand, this had caused a big trauma for maknae because of her weak heart. My family will live quietly.

Jaejoong’s mum other tweets couldn’t be translated because there is no screencaps. She always refer jaejoong as jaejun, previously she also complained she couldn’t earn much money etc….


This is sort of her replies to all the fans bashing her on twitter. I translated a few tweets from the fans who bashed/replied to her tweets

-How dare you try to earn money from people who treated your son unfairly, what kind of mother are you

-you don’t have the guts to say sorry, don’t you know you have caused how much damage to jaejoong’s heart?. You only call him son when you need him


-You are just using oppa name for money, jaejoong oppa do not deserve mother like you. Go die !!!!


-Maknae being hurt is important, but your son is not important?


-You keep using that name, don’t you know its making people uncomfortable? Jaejoong wants to live using his current name.

-his name is kim jaejoong!! Stop calling him jaejun, I’m really pissed off.

-Jaejoong must be ashamed to have this kind of mother, dump him when you are poor but using him now when he is rich

The posters are here!

The posters were released on October 10 for each of the actors, including Kim Jae Joong and Song Ji Hyo, who are the main leads for the movie.
Song Ji Hyo’s catchphrase read, “The legendary killer caught by Leon, acknowledged by Kill Bill,” while Kim Jae Jong’s read, “Ever shining, flower image, women killer, top star.”
Kim Jae Joong will be playing Choi Hyun, a top star with good manners in public, but a completely arrogant and rude man off the spotlight. Choi Hyun gets kidnapped by the legendary female killer.

To be released Oct. 24th
The spread will be between 12 to 18 pages (out of 500 pages)! [according to Gmarket Japan and K-Plaza, respectively]
Estimate price range: ~$13.99 (plus shipping)
Preorder from possible websites: K-Plaza, Ebay, (will update with more later)
Credit: @sarithegate, @fathifaith, @126×204

[Non-fan account] BIFF 2012 – Kim Jaejoong That I Saw With My Own Eyes, The Star is The Star After All

I came to Haeundae  Busan where the International Film Festival was held. Rather than seeing the actors/actresses with my own eyes, I wanted to watch the greeting stage more. Friday, there were many greeting stages Haeundae. In order to see Kim Jaejoong, many female fans were there very early.

Because of the fans’ scream, I couldn’t hear what they said. I mean, the atmosphere there was very pleasant.

He was laughing. I wonder what he was talking about.

I want to say that he has all the reasons for young girls to like him.
My niece likes these boys (JYJ) a lot.
So, I sent her a message.

During the interview, he turned around to greet the fans who were at the back side. It’s Kim Jaejoong’s carefulness. He’s really a star.

As time went by, more people came; the venue was filled with people.

90% of the people gathering here were women.

Photo time.
As expected of Kim Jaejoong, the star is the star after all. The scale is different.
Jang Geunsuk that I saw last year was also great but the female fans of Kim Jaejoong outshone in their attitude.

Credit: Cong, Nameless86, _babyJaejoong, Congjyj
source ; PrinceJJ
to be continued on next post.....